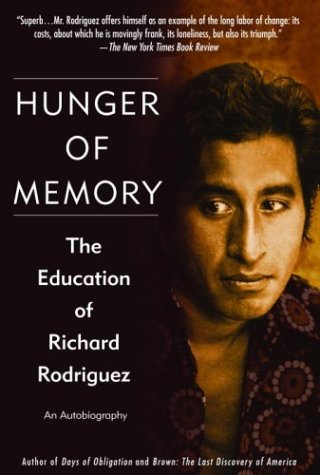 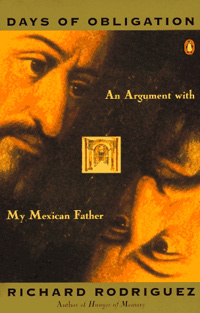 Rodriguez received a B.A. from Stanford University, an M.A. from Columbia University, was a Ph.D. candidate in English Renaissance literature at the University of California, Berkeley, and attended the Warburg Institute in London on a Fulbright fellowship. A noted prose stylist, Rodriguez has worked as a teacher, international journalist, and educational consultant and has appeared regularly on the PBS show, News Hour. A television documentary about Rodriguez’s works earned Jim Lehrer a Peabody Award in 1997. Rodriguez’s books include Hunger of Memory: The Education of Richard Rodriguez (1982), a collection of autobiographicalrichard rodriguez days of obligation essays; Mexico’s Children (1990); Days of Obligation: An Argument With My Mexican Father (1992), which was nominated for the Pulitzer Prize; and Brown: The Last Discovery of America. Rodriguez’s works have also been published in Harper’s Magazine, Mother Jones, and Time.